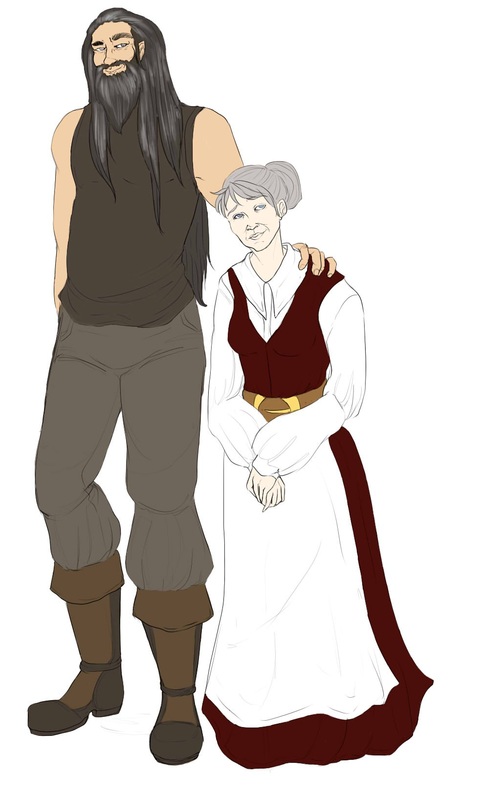 Image by Alex McMiller
High on the mountainside, up from the plain,
Striding in thunder goes Garran-ban-Tor;
See where his boot-heels strike sparks in the rain,
And the living flame flickers,
To wink in the mist,
Down to the marshes
To light where it list,

And to summon the wayfarer
Into the danger,
Where brackish pools bubble
I'm warning you, stranger-
When striding in thunder goes Garran-ban-Tor,
Follow his flame and be one for the moor.

Crossing ravines in the wintery bleak,
Leaping the spaces goes Garran-ban-Tor;
Know when his toe-caps ring tones from the peak,
And the singing sound echoes,
To cry from the hill,
In the widening ripples
Of metronome chill,

And to answer the questions
Forever unasking,
Where thoughts are alive and
Abroad for unmasking-
When leaping the spaces goes Garran-ban-Tor,
Whistle his tune, for you've heard it before.

I wonder if ever the legend will tell,
How Garran-ban-Tor fell to Destiny's lore;
As he waded a stream on a treacherous fell,
And the swing of his mantle,
The curve of his cheeks,
And the mane of his hair
Skirling down to his breeks

All conspired with the bluster
Of bleakness and grey
In the snow-bitten grass
On the hem of the day-
Oh! Garran-ban-Tor fell to Destiny's lore...
On the day when a woman met Garran-ban-Tor.

I hear how she tamed living sparks from his heel,
As out of the water came Garran-ban-Tor,
And sang to the echoes his toe caps revealed,
So he paused in his wonder
To stare at the dame,
Who dared to encounter him
Here in the rain,

And to challenge him boldly,
With wit in her eye,
To come to her cot and
Step into the dry;
So out of the water came Garran-ban-Tor,
Bending his head as he came in the door.

She was tough as the heath and as warm as the spark,
That lit from the boot-heels of Garran-ban-Tor,
And she spoke of her love for the day and the dark,
And her quest for a man of the
Mountain and sky,
Of the rivers that flow and the
Echoes that fly,

And she opened the door to the
Wilds of the land,
While her eyes promised more
Than she'd ever demand...
And sparks from the boot-heels of Garran-ban-Tor
Have lived ever since at my grandmother's door,

Now come to me, stranger, a'striding the fells,
Through the winter of snows and the spring of the thaw,
Speak to my echoed carillonning bells,
For I tell from the mountains
And over the plain,
Of the glitter of sparks
On the boot-heels of rain,

And I pledge to you, stranger,
This vision of mine,
That we handfast ourselves
Where the marshflickers shine,
Through the winter of snows and the spring of the thaw-
For I'm the granddaughter of Garran-ban-Tor. 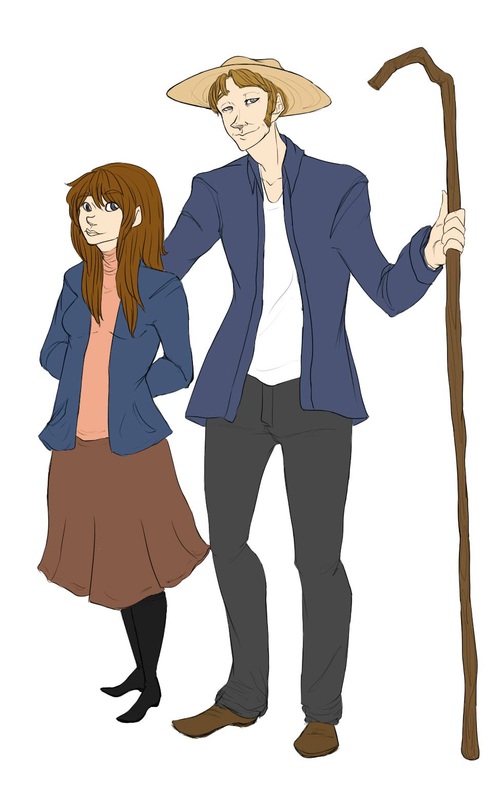